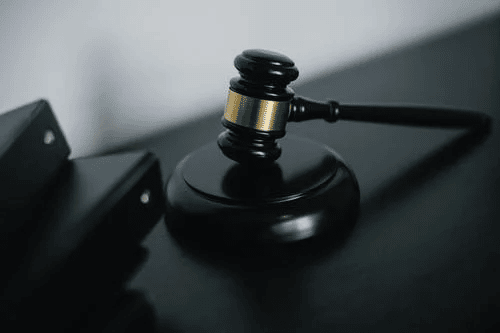 Most businesses today see cold calling as one of those necessary evils in today's highly competitive, always-on world. Indeed, most modern sales techniques rely on that human interaction that you can only get over the phone, via video chat or in person.

But when trust is built one phone call or personal interaction at a time, that means that your entire revenue stream can depend on the success of your B2B cold calling efforts, so it's important to ensure that you're not jeopardizing it all by running afoul of the law. Is cold calling illegal?

What Is the TSR?

Created and enforced by the Federal Trade Commission (FTC), the Telemarketing Sales Rule (TSR) is a set of regulations that defines how businesses can leverage telemarketing to reach customers.

Primarily, the purpose of the TSR is to protect consumers from bothersome telemarketing calls at home or via their personal cell phones. It also gives power to certain law enforcement agencies to combat telemarketing fraud and scams, in addition to giving customers enhanced privacy protections against unscrupulous callers.

According to the TSR, a B2B cold call is allowed when a call is placed from one business to another. But if a call is placed to a consumer at their place of business, the call isn't exempt from the TSR and is, in fact, an illegal call.

That's to prevent abuse by telemarketers that are just looking for convenient ways to circumvent the TSR. It also means that a B2B call can't morph into a B2C call if the "business" states that they're not interested in the product or service being offered. In those instances, all the normal TSR rules apply, such as complying with do-not-call lists, proper time windows and other regulations.

On the B2B side of things, that's where the FCC's wireless dialing rules come into play. According to the Telephone Consumer Protection Act (TCPA), any wireless number cannot be dialed from an automated phone dialing system without prior express written consent. And since you won't likely know if the number you have in your list is a cell phone or an office phone, or an office phone that redirects to a cell phone, it's best not to risk it.

While the TSR and other regulations protect consumers against cold calls at the federal level, many states also have their own telemarketing rules, which could be double the problem if you're making calls across state lines -- both the laws in your state as well as the laws in the receiver's state would apply.

Then there's also the national Do Not Call registry and the states that may not exempt B2B cold calling under local law. In some jurisdictions, B2B marketers are actually required to register their activities and place a bond before calling to or from those states.

For companies that want to stand behind the "express written consent" rule, the burden's on them to not only prove it, but also to clearly show that permission was given prior to any sort of sales process -- meaning that the first order of business was to clarify the nature of the call, not to jump right into the sell, a rare combination of events, to be sure.

Just like any B2B call, B2B cold calls are subject to the terms of the TCPA that forbids the use of autodialers when calling wireless phones. You could get around it with a sales team that places each call manually, but that's easier said than done. Also, there could be certain restrictions in place at the state level, and in that sense it can be helpful to discuss your B2B cold calling efforts with a lawyer versed in telecommunications law.

It's also a good idea to scrub your call lists against national and state-wide Do Not Call lists so that you don't inadvertently call someone that could bring you to task in front of a statewide or national board. Even if you're legally in the right, they could shut down your B2B cold calling operation down for a considerable amount of time while you attempt to argue your case.

For businesses that don't abide by certain B2B cold calling rules, the risk is serious. Fines for violating the TCPA start at $16,000 per violation, which can easily add up to millions in private class action suits if your calls are numerous and egregious enough.

Certain attorneys have also taken it upon themselves to target B2B companies that may not be aware of the rules, filing both individual and class action suits that can be serious enough to put you out of business if you're not careful.

Unfortunately, most general liability and omission insurance policies don't cover TCPA violations and associated lawsuits, so you could be left unprotected exactly when you need it most.

Additionally, state laws are often more stringent than the federal laws that merely provide a framework for dealing with telemarketing rules. That also means it could be easier to bring a suit against an offender in certain states than under the national rules.

How To Avoid Penalties and Lawsuits With B2B Cold Calling

The most important thing to keep in mind when it comes to B2B cold calling is to not use automatic dialers to call cell phones. But since most business phone calls today are made or initiated via some kind of automated dialer or CRM like Salesforce, you'll have to thoroughly vet your list and isolate all the cell phones before you can move forward.

If that's all too much for you and you'd rather not worry about it, why not outsource your cold calling with a lead generation service that takes care of all the legality around B2B cold calling? That can free up your costly resources to work with real leads, not random phone numbers and names in a database, hoping you get lucky.

Each part of our cold calling guide is equally important and needs to be mastered.

Before you can improve your cold calling efforts, it’s important to benchmark the ROI of your existing cold calling efforts. We’ve created a handy calculator that you can use to figure out where you currently stand and then you’ll learn about industry-tested methods to boost your KPIs.

Part 2: How To Write A B2B Cold Call Script That Works

Cold calling is far from dead– many businesses use cold calling in some capacity, though the intention is certainly different from what it was back in the day.

Originally, cold calling was solely a sales technique that had a whopping 2% success rate and annoyed an entire generation of consumers. Now, many would think that cold calling is dead, but that’s not the case. It has simply evolved in both technique and purpose. Rather than aggressively trying to close a sale in a ten-minute phone conversation, today’s brands can use cold calling to get to know consumers who are not aware of their brand.
View Part 2

Part 3: How To Communicate With Prospects On The Phone

A core attribution to a business’s success is to be financially strategic, in other words, if they already have a system going there may be some friction with talking them into trying something new. You are providing something these people need, resistance is typically caused by natural tendencies to stick with what you know.

It’s going to be very common that you are going to be experiencing a fair share of objections. Objections are not NO’s.
If you get an objection- they haven’t hung up on you yet, so they’re still listening and hoping for you to overcome!
View Part 3
About
Our AgencyOur PricingOur ProcessOur BlogCustomer ReviewsSalesHive Careers
Services
Lead GenerationSales OutsourcingCold CallingEmail MarketingLinkedIn MessagingDirect Mail
Resources
Sales Development BlogCold Calling GuideSales GlossarySales MemesDomain WarmingPlatform Features
Contact
1-888-333-3096Terms & ConditionsPrivacy PolicySitemap